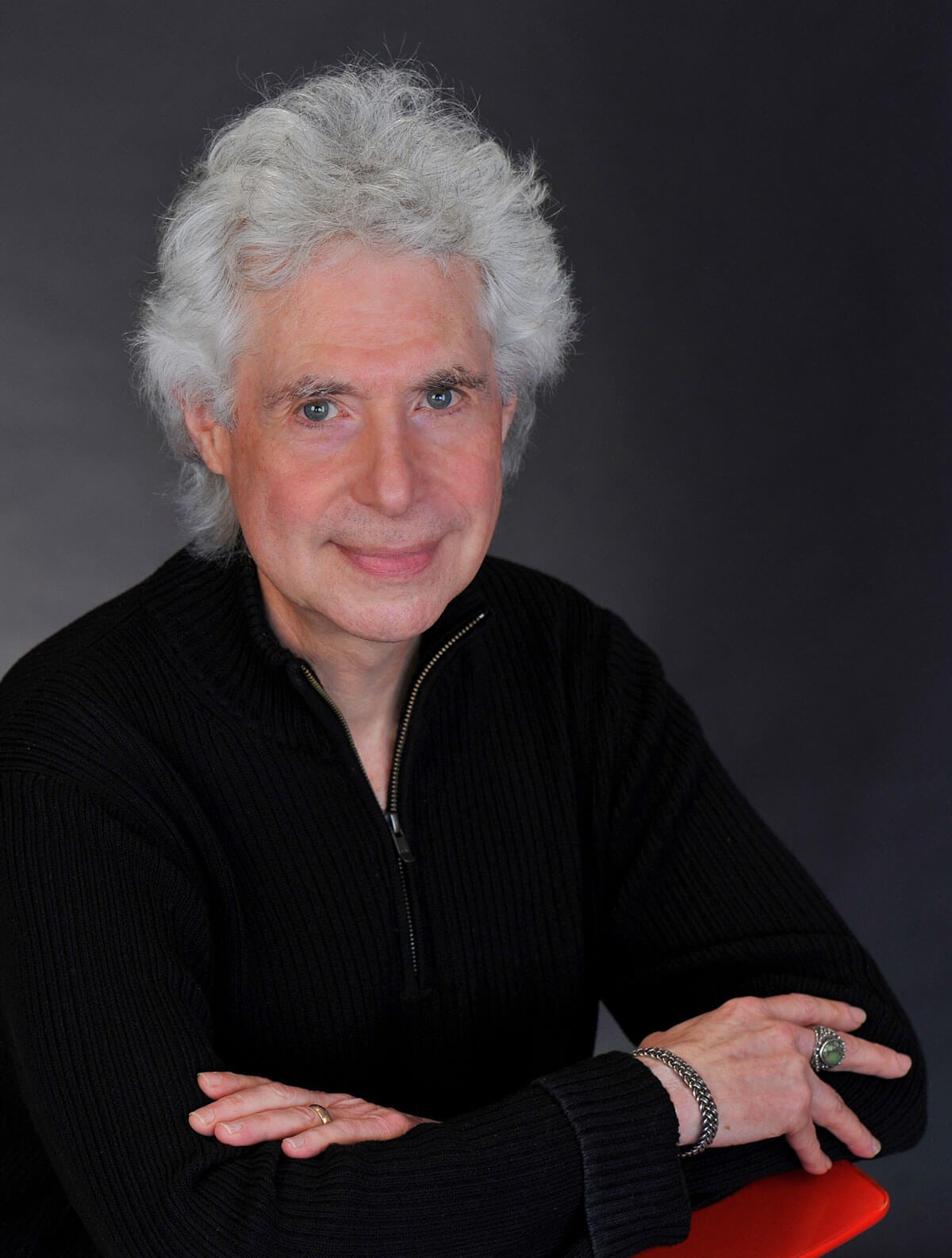 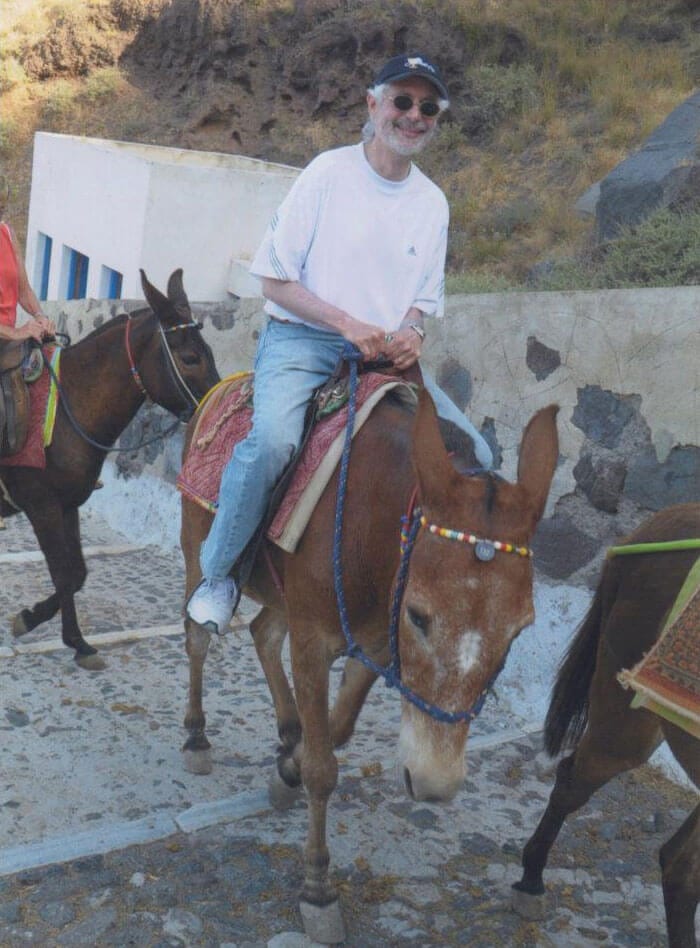 On a donkey in Santorini 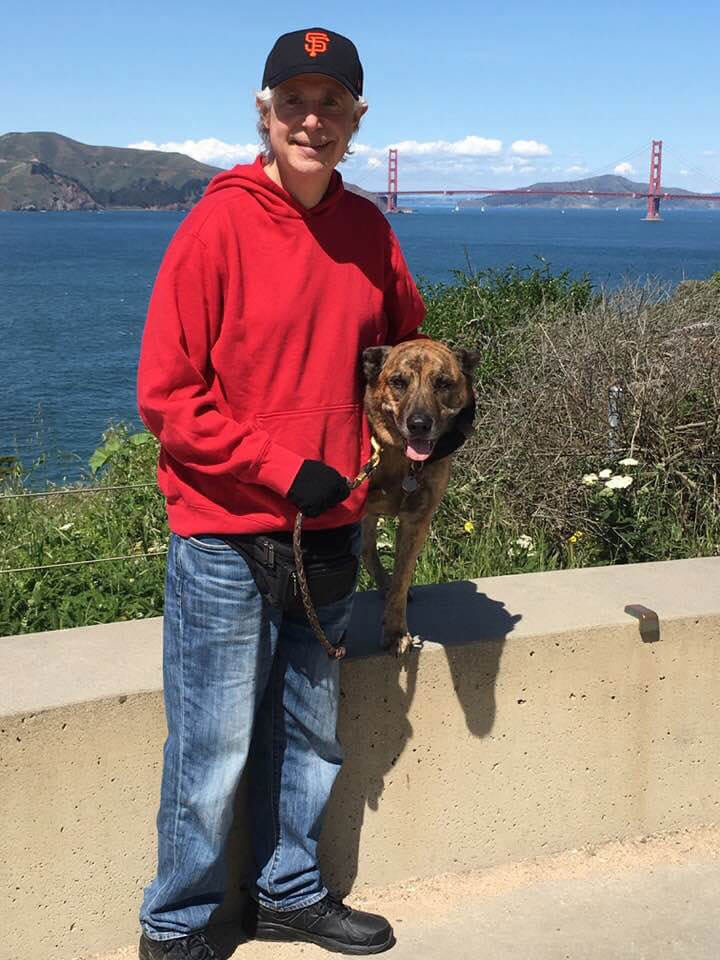 Creating characters and stories—exploring thoughts and ideas.  Writing has always captivated me.

I learned to read when I was three years old and began writing stories almost immediately after that. At the age of seven I had a poem published in my elementary school newspaper. When I was a senior in high school I took first prize in Scholastic’s national short story contest with a tale called “Fumatorium.” And in college I majored in English Literature and Creative Writing, and published a couple of articles in trade journals as well.

My writing career appeared to be off to a terrific young start. But I knew I wasn’t ready. I hadn’t lived. The confidence, maturity, self-discipline, and wisdom I’d need to write the kinds of books I wanted wasn’t yet there.

And writing was certainly not a reliable way to make a living.

I read an article—it was probably back in the early 1970’s just after I finished college. It posed this question: how many people in the United States make a living solely from writing fiction? The article’s author found only seventy-five people in the entire country who did. I recognized the names of many of them, and their books were not the sort I wanted to write.

I had begun practicing yoga, meditation, and vegetarianism in my junior year of high school, when I was sixteen. When I graduated from college I considered teaching yoga as a profession, but it didn’t seem viable, so I started working full-time in offices instead. In 1974, I began as a mail boy, making five-hundred dollars a month. Thirty-five years later I was a corporate vice-president specializing in medical information technology. I had also done executive level consulting in that same field. People considered me successful in my career, and although I appreciated their praise, I knew I was a writer—I was just playing the role of a corporate executive for now.

In 2008, I turned fifty-six years old—and I finally felt ready. So I retired early and began writing novels.

The plan I had hatched, somewhat naively in my early twenties—work hard, live frugally, invest wisely, and retire early to write novels without worrying about how many copies they sold—had actually worked. Nearly everyone along the way had told me it wouldn’t—they said I’d never save enough—but even if I did, that I would surely have lost the internal fire to write by then.

My first novel, The Swami Deheftner, about the problems that ensue when ancient magic and mysticism manifest in the twenty-first century, developed a small cult following in India. This may sound odd, but it actually makes a bit of sense. The book’s main character is critical of contemporary yoga as taught in the United States, and tries stubbornly to resurrect ancient yoga as practiced for centuries in India.

My second novel, Enemy Queen, was published by SparkPress in May, 2020. In it, a young woman initiates passionate sexual encounters with two articulate but bumbling and crass middle-aged men. But what the woman demands in return soon becomes untenable. A short time later she goes missing, prompting the county sheriff to open a murder investigation. This plotline may sound like a radical departure from my first novel—but in reality, the books have many themes in common. This one just weaves a tale which is a good deal more lighthearted and roguish. Enemy Queen was named a finalist in the category of Cross Genre Fiction for the International Book Awards.

Cat’s Whisker, my third novel, was published by Koehler Books in October, 2021. An excerpt from it entitled “An Old Dog” was featured in the fall 2018 edition of the literary journal Leaping Clear. The book’s main character embarks upon a lifelong quest to merge science and spirituality in his day-to-day sensibility—not just so that the two coexist—but such that they merge into a unified and powerful gestalt. Cat’s Whisker was longlisted for the prestigious Chanticleer International 2021 SOMERSET Book Award for Literary and Contemporary Fiction.

My fourth novel, Will’s Surreal Period, about the peripatetic machinations of a dysfunctional family, was published by SparkPress in June, 2022. Will’s Surreal Period was longlisted for the prestigious Chanticleer International 2022 SOMERSET Book Award for Literary and Contemporary Fiction.

In my private life, I still practice yoga, meditation, and vegetarianism, and have done so now for over fifty years. That, along with my persistent efforts to live as ethically and compassionately as I am able, forms the core of my personal spiritual discipline.

I live in the beautiful city of San Francisco with my wife of thirty years. She is my soulmate, and her love makes everything possible for me. We currently have a wonderful dog named Cali, but over the years we’ve shared our home with various dogs, cats, rabbits, and parrots, each of whom displayed a unique and vibrant personality, startling intelligence, and a profound capacity for love. And along the way there was also one turtle—my wife rescued him from a Vietnamese grocery shop. She had bought a bunch of vegetables, and while checking out, the turtle kept stretching its head out of its slotted wood crate, trying to touch her thigh. My wife asked how much for the turtle. “Five dollars—makes good soup,” was the response. She named him “King Turt,” and he loved playing in our garden as he lived out the rest of his years. 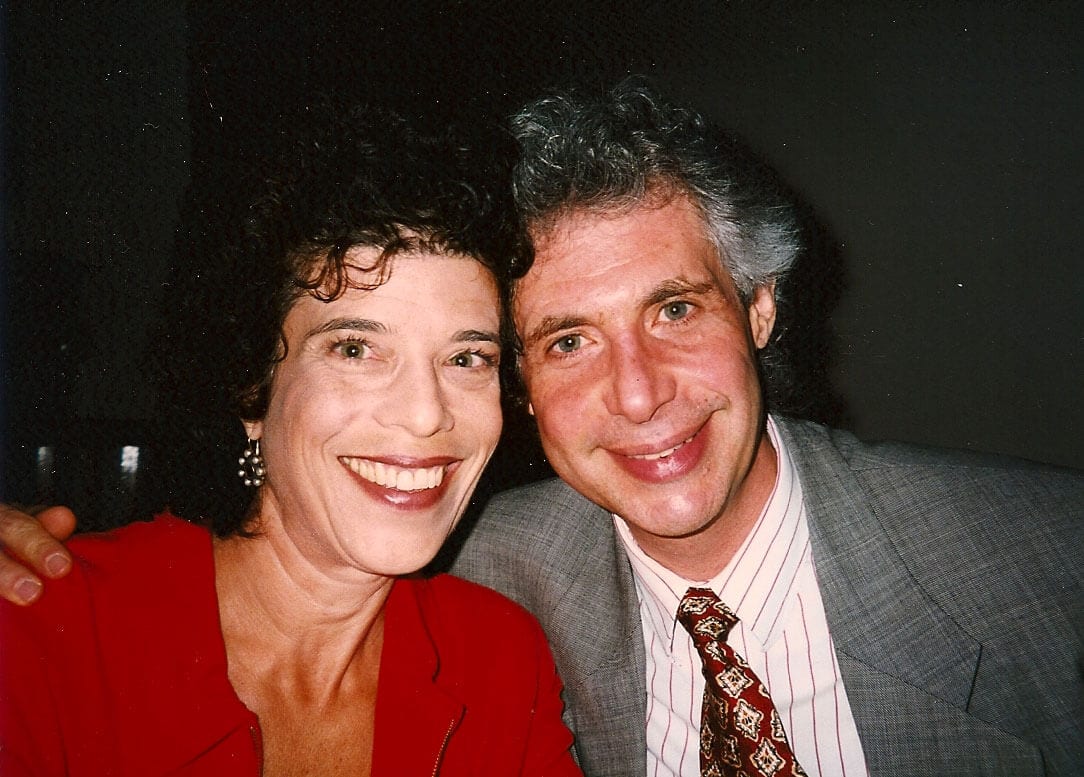 With my wife Sandy 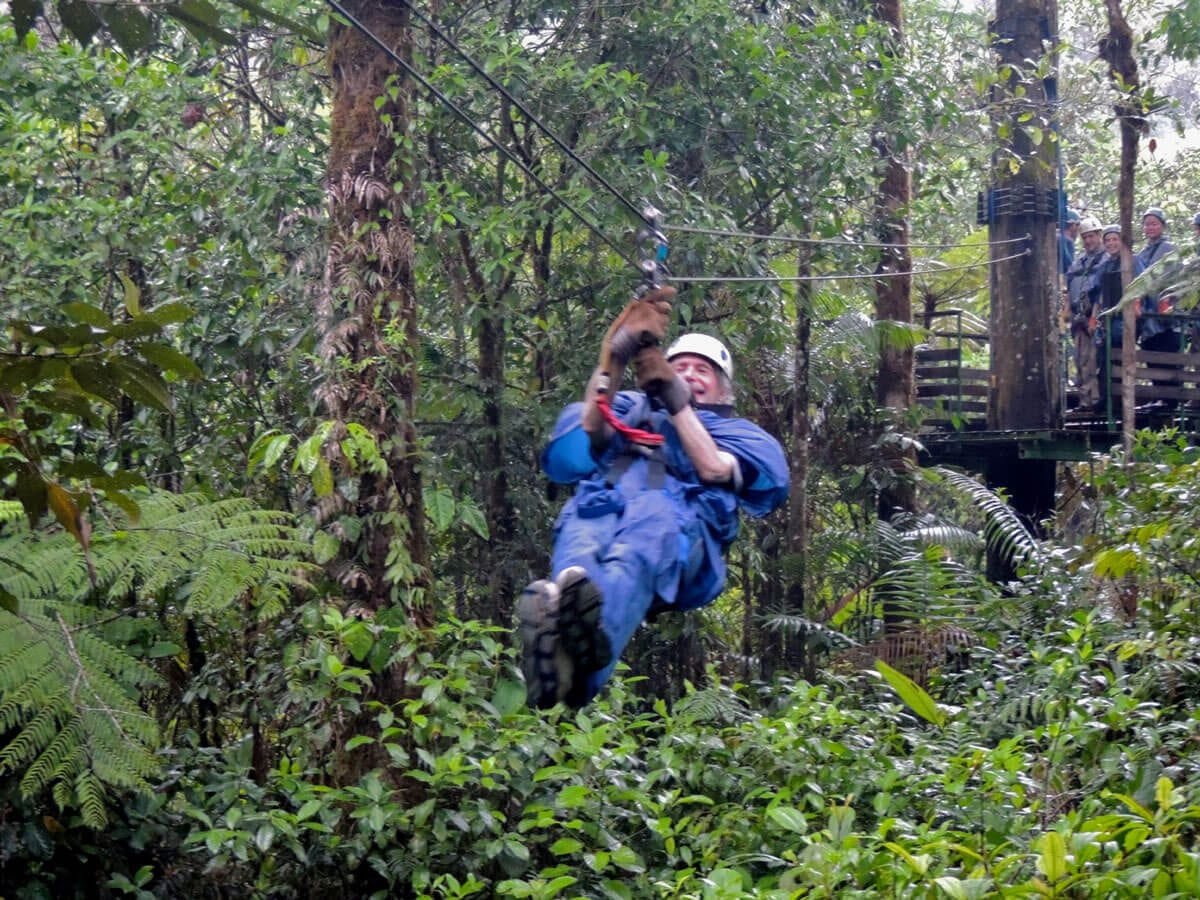