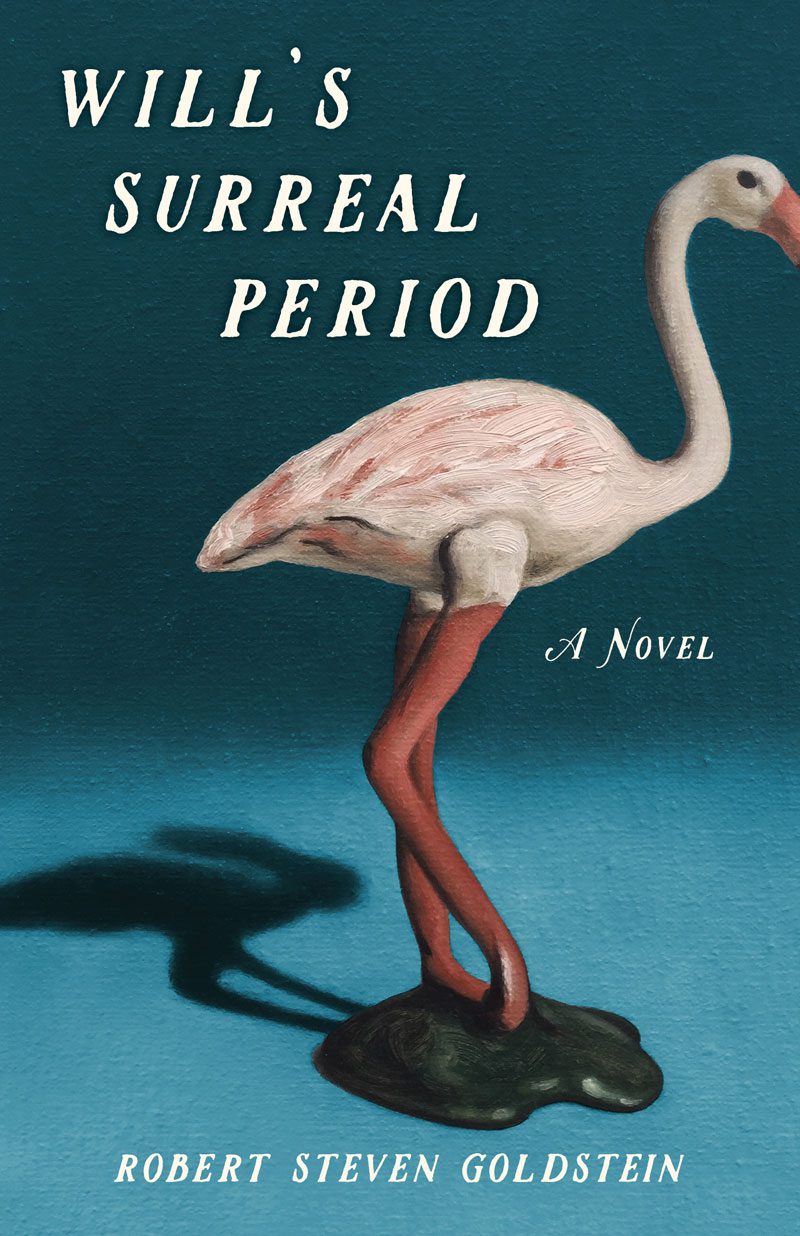 A novel about a family even more dysfunctional than the one you grew up in.

Will’s Surreal Period is a richly satisfying tale—at times laugh-out-loud hilarious and at times deeply moving. It features a rollickingly dysfunctional family, a seemingly endless array of succulent foodstuffs, and a brain tumor that transforms a mediocre painter into a virtuoso. Now toss in a smidgen of bizarre sex and bondage, and a few beguiling tidbits exploring brain chemistry and human evolution, and you have a story that will hook you fast and captivate you till the end.

Or, as one award winning author put it: “Will’s Surreal Period proves why works of fiction are high art.”

“At times hilarious and at times deeply moving, Will’s Surreal Period is a richly satisfying novel, featuring a rollickingly dysfunctional family, a seemingly endless array of succulent foodstuffs, and a brain tumor that transforms a mediocre painter into a virtuoso. The book’s characters are alluring, its ideas are seductive, and its plot is irresistible—this is a story that will hook you fast and captivate you till the end.”
–KEN JAKOBS, librettist, director, and producer of opera in the San Francisco Bay Area

“Families—can’t live with them, can’t live without them. Will’s Surreal Period delves into the personal agendas that undermine, glue, and motivate families. Robert Steven Goldstein deftly explores the subtle yet combustible mix. Which will prevail: manipulation, serendipity, self-preservation, or a modicum of love?”
–MICHAEL MILLER, retired professor and author of the forthcoming High Bridge

“What a wonderful read! It’s a fascinating premise that proves a beautiful canvas for musings on creativity, sexual politics, and food. It makes you want to drop what you’re doing and listen more closely to what the universe is trying to tell you. And even if you took everything out of the novel other than the descriptions of food and drink, you’d still have a tremendous read—in fact, after finishing Will’s Surreal Period, all I wanted to do was cook!”
–GLENN GERMAN, screenwriter and producer of films including At Middleton and Racing for Time

“A Jiu-Jitsu master of literary plotting, Robert Steven Goldstein flips the script on a dysfunctional family comprised of two emasculated adult sons and their cantankerous wealthy father, who, with petulant vagary, reallocates their respective inheritances at the fulcrum of his paternal control. Marvel and chuckle as these fraught men each succumb to the grace of separate lovers, the serendipity of which amalgamates into a late-in-life chance to rebind the strands of their frayed familial relationships.”
–MICHAEL ROSE, author of The Sorting Room

“Will’s Surreal Period proves why works of fiction are high art, hitching us to a wild ride with an ensemble of engaging and eccentric characters brought together by a maladjusted family—some we may love and others we may scorn—but all seductively propel us into their psyches. Robert Steven Goldstein deftly converts our raw human foibles into emotive entertainment and, as he does, reminds us, sometimes painfully, sometimes hilariously, who we are.”
–MICHAEL J. COFFINO, award winning author of Truth Is in the House.

“The ups and downs of dysfunctional family life are on full, fascinating display in Robert Steven Goldstein’s well-imagined novel, Will’s Surreal Period. Full of twists, turns, and the familiar boorish behavior that we seem to reserve specially for family, follow protagonist Will Wozniak as he grapples with a brain tumor, infidelity, and an unexpected career shift, a journey that is at times both hilarious and deeply poignant. Strap in for a ripping good ride with this entertaining read.”
–MADELEINE JONES, author of the forthcoming novel The Witchhammer

“Will’s Surreal Period is a witty, engaging romp. Cantankerous Arthur Wozniak wants to control his adult sons who are each struggling to find their place in the world. Hidden passions ignite, suppressed talents emerge, and the Wozniaks reluctantly evolve into the family they were meant to be.”
–CARLA DAMRON, author of the forthcoming novel The Orchid Tattoo, The Stone Necklace (winner of the WFWA Star award) and the Caleb Knowles mystery series

“In a sly take on Ovid’s Metamorphosis, Will, a mediocre painter, suffers a brain tumour that transmogrifies him into an uninhibited creative genius. His quarrelsome family members are deftly portrayed with considerable literary merit. There is an unerring eye for multi-ethnic mores (especially involving food) and American material culture, as well as a strong sense of time and locality. A well-crafted and provocative read.”
–DAVID JENKINS, Formerly Professor of Arts Education, University of Warwick, UK, and author of the satirical chess-themed novel Spurious Games

“If you think your family is bad, you haven’t met the Wozniaks. Will’s Surreal Period offers a good dose of humor while exploring the antics of a dysfunctional family amidst a backdrop of food, drinks, and fine art.”
–FIVE-STAR REVIEW from NOVELS ALIVE.  Read full review here: